The Year We Survived 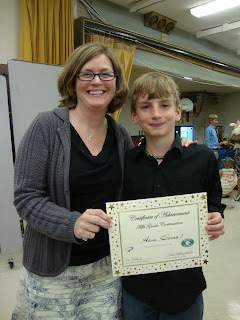 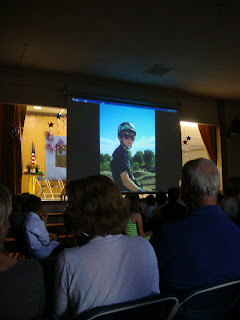 The night of the fifth grade graduation the mom and the teacher both had tears flowing down their cheeks as the slide show flashed pictures of smiling babies who had turned into mature young students. The mom’s tears continued as the lights were turned back on, as she tried to contain all the gratitude and love that had slowly accumulated for the teacher, after nine long months of transition and neediness, laughs and smiles.


But that’s the problem with teachers. The really good ones just do what they do, day after day, caring and encouraging and loving, and never ask for praise. And the moms and dads who really need them to branch out beyond teacher duties feel bad asking for anything more. But really good teachers never flinch at such requests. They never hesitate, saying, “Of course!” sometimes even before the request is fully voiced.


Because they are people first. They are moms and dads first. They bring to the classroom their big personalities and their optimistic views of life and they pour them into our children. Fueled by an occasional mention at a graduation ceremony or a teacher appreciation day, they plug forward.


As this school year draws to a close, this year that was the single hardest year of my son’s life, I am more grateful than I can adequately express. For a teacher who recognized my son’s need, then recognized mine, and did everything in her power to help us both. She will always be one of the shining stars when I think of my son’s childhood.
The teacher who pulled us both through.

Oh Judy, you write so beautifully I just cry and cry! Thanks for sharing and for being my friend!

Thank you so much for this beautiful essay. I've forwarded it on to my many teacher friends. Your essays bring tears to my eyes each time... in a good way. Thank you for speaking (and writing) straight from the heart!

I am so proud to know and have worked with your fifth grade teacher, at another school - in another time. She IS one of the best...her tenderness and caring are the most giving I have ever witnessed. I am so happy for you ~ that your family had this experience, especially your son...I feel his life will be changed because of her example and nurturing. Beautiful writing...thanks for sharing.

It never crossed my mind when my children loved teachers that they loved me less...I always felt blessed if they were inspired by or attached to a teacher. (from your comment elsewhere...I, too, have been a teacher...now retired. My boys are 35 and 30...the younger a special educator himself)

To this essay...great, great job!! AND continued best wishes for your relocation!