A Letter to Payton Manning from a Local Seahawks Fan 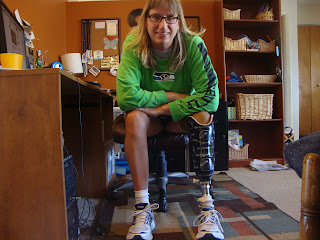 Almost 20 years ago I stumbled upon a book in my local library about a football player and his football dynasty family. I was raising a house full of young children at the time and  found myself stealing away to read just one more chapter about this football player who stood for everything I believed in.

I already loved football. I'd followed a team called the Seahawks since I was a teenager. My mom had been a Cowboys fan who lived in Missouri so I figured you got to choose the team you'd love for a lifetime. The Seahawks were new and had cool uniforms so I picked them to be my lifetime team.

It didn't matter that I'd never even been to the Pacific Northwest.

I followed them, decade after decade, and stayed loyal in spite of their usual losing record, because that's what it means to be a fan.

Then along came this library book about a football player who played for the Colts. I loved everything about his story. From the day I returned that book to the library, the Colts were always my second favorite team. Because of you, Mr. Manning.

Our kids continued to grow. We moved around the country with my husband's job. The Seahawks were always my first team but I always sought out the Colts game so I could watch you play.

For a handful of years we lived in Upstate NY, right down the road from the Giants training camp. It was fun to go watch camp every year, and cheer for your little brother. I became a brief Giants fan, mainly because there was a Manning on the roster.

Then we found out we were moving to Colorado. The land of the Broncos. The team I spent a lifetime disliking, because they were always the ones who managed to beat my Hawks on a regular basis. It would be the first move where I truly couldn't support the home team.

As we were packing up the New York house, the news broke. You were moving to Colorado too. It was enough to tear at my loyalties. I ended up believing the Broncos signed you on solely for me, so that I could somewhat tolerate living in the land of that Orange team.

A few years later we had that Super Bowl. It was a roller coaster season for me. As your Broncos advanced, so did my Hawks. My 12th man spirit rose up and took over. I wore my Blue and Green jersey (and Seahawks prosthetic leg) with pride, because I finally had a team that people feared. After 30 years of barely breaking even, we were finally, finally great.

And in a twist of fate, we were up against that Orange team that all my neighbors cheered for.

It turned out in my favor, but made my life more difficult. I became the enemy to the Orange neighbors around me. I rejoiced with abandon, but in the privacy of my own home.

It's taken a few years to shake that feeling of needing to hide my loyalties. I am soon going to be brave enough to get a Seahawks bumper sticker for my Jeep and no longer worry about it risking vandalism as it sits in public parking lots.

And now another Super Bowl is ahead. You're going back, but my team narrowly missed the chance. I have to choose which team I'll root for. Carolina is a great team. Many say they remind folks of my team. I shouldn't be able to root for the Broncos. They are my lifetime nemisis. But then there's the complicated issue of my love and loyalty to you.

No one knows if this will be your last year. I'm leaning toward wanting you to retire, if only to spend more time with those adorable little people who run around your house. It would be a magical ending to your football career, to go out on a Super Bowl.

You really need to win this game.

I'm happy to report that I'm leaning your way, Payton. It is sure to be a tough game, but I have no doubt you can pull it off. You can take home that trophy and leave behind the days on the field with peace.

I know you are swamped with preparations, from traveling west to studying plays from past Carolina games. But I wanted you to know you have a unique fan out there. One who wears her Seahawks jersey on a regular basis, but is putting aside her lifetime of prejudice against that Orange team to be able to root for you.

At the end of the day the color of your uniform no longer matters to me.

All I want is for the upstanding guy I've watched all these years, the guy I could fully encourage my kids to emulate, to get his ultimate reward.

I'll be watching from our living room in Evergreen on February 7th. And when you hold that trophy high there just might be tears running down my face. Seahawk loving tears. From one football-loving mama who can't help but stand behind one of the greatest guys who has ever played the game.

Even if he does wear Orange.

Posted by Just One Foot at 1:17 PM No comments: Links to this post