Why I Wore My Seahawks Shirt To Work 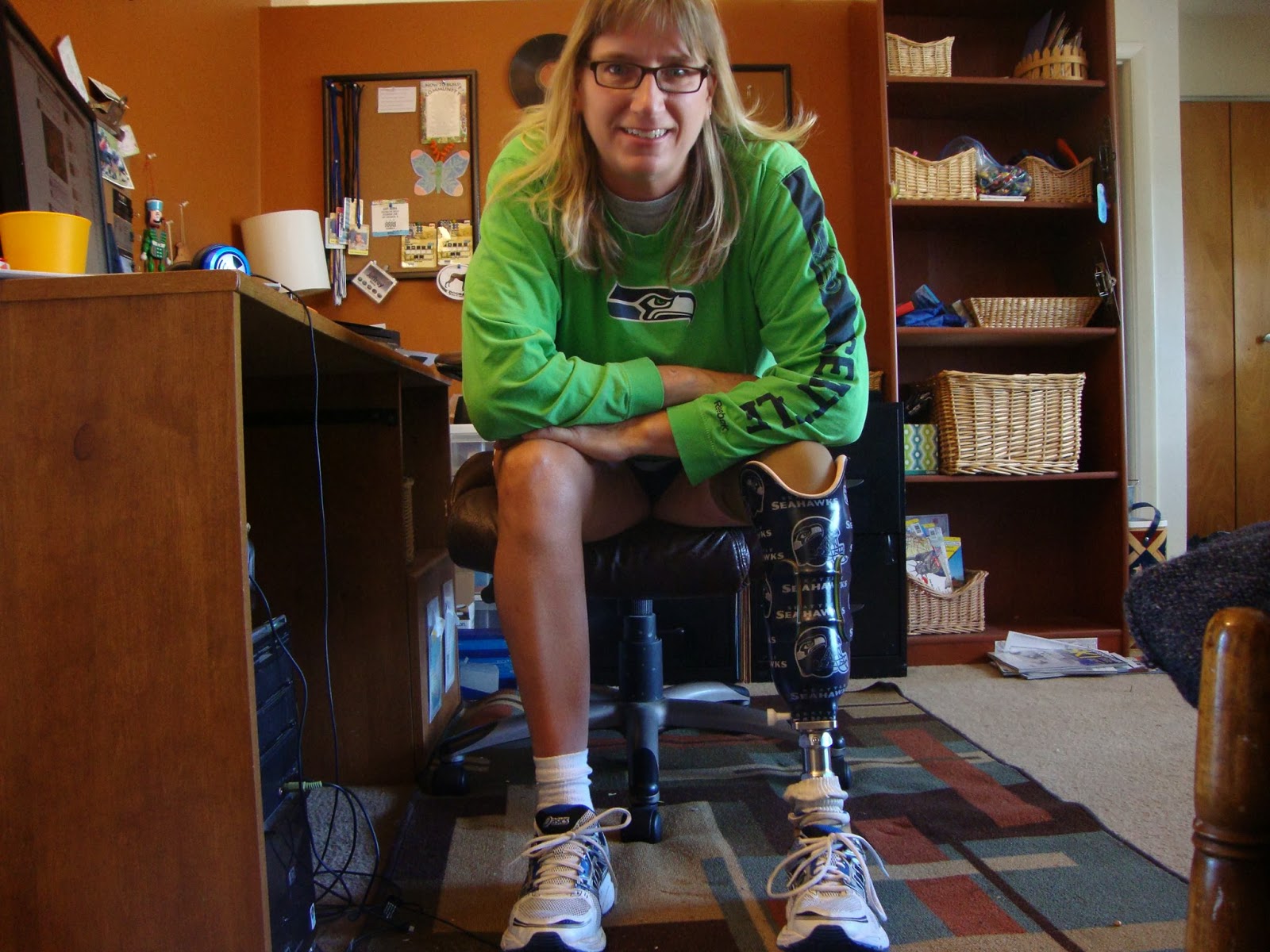 It was all fun and light hearted in the weeks before the big kick off.

This team that I had loved for most of my life was finally headed for the Super Bowl. This team that never seemed to make the papers. This team that no one ever paid attention to. This team that just kept plugging away, season after season, even when they mostly had marginal seasons. I loved them anyway and was the loyal fan, wearing the jersey, and snatching up any Seahawk trinket I found on sale (Seahawks stuff is generally found on the clearance racks). Now they were finally headed to the big game and I could not have been more excited.

In a terrible twist of fates, the team we were facing in this important game happened to be the home team of my friends and neighbors. Just two years ago we moved to the sunny state of Colorado, where the Broncos fans had closets full of orange garb. They didn't take much notice to the new girl, who preferred to wear green and blue.

Until the season unfolded and suddenly we were facing each other at the Super Bowl. Then the ribbing started.

I started to wear my team gear to work, as I sat at the front desk of our local Recreation Center. As the Orange streamed through the doors on the way to basketball practice or swim meets, they would make comments and pretend to be insulted when they noticed my not-orange.

They were all very confident that I was the one that would be wiping tears from my cheeks when February 2nd rolled around. They seemed to think it was 'cute' that there was a Seahawks fan in the midst.

One little boy was downright confused. After seeing my Shaun Alexander jersey he did a double take and said, "...but that's not our team." It had never occurred to him that those Hawks might have fans too. Fans who lived in Colorado.

Bets were made. Not bets involving money. Bets involving wearing the winning team's jersey and gift cards to Qdoba. I have been a Payton Manning fan for many  years. To say I wasn't a bit nervous about the guy who'd set many records in his fifteenth season of being an iconic quarterback would be a lie. But I was just proud that my guys earned their own way to the dance and knew they had a decent shot of holding that Manning guy back for a bit.

Then the game happened. My team won. No, my team didn't just win. We played the best game we've played all year. We ran on all cylinders. We held back a team that is filled with talented, top shelf players. And by the middle of the first half it was pretty apparent that we might have a shot at that trophy.

I was pretty much out of my mind. I kept turning to my boys and saying, "Is this happening? Is this really happening?" I couldn't believe we were not just winning, we were dominating.

And then I could hardly comprehend that we'd WON.

It didn't take long to realize my new dilemma. My Seahawks had just won the Super Bowl, a game that the Broncos were pretty confident they'd take. And a game that my local friends were very confident they'd take. I was now the local enemy. While I saw the celebrations in Seattle, thousands of fans in green and blue high fiving, and screaming, and congratulating each other, I realized I'd feel safer in my Colorado home if the doors were immediately locked.

I knew my days of wearing my Seahawks gear into work were over. I was the one to hate. It just made it more tricky that my prosthetic leg was covered in Seahawks logos. I'd never be able to wear shorts again. Super Bowl losses this big are not forgotten in weeks, or even months. People in Colorado will never forget that they lost the Super Bowl of 2014. And they'd never forget who took it from them. I had instantly become a closeted Seahawks fan.

As the week wore on it started to make me kind of mad. I'd waited for over 30 years, never knowing if my team would ever win this game and now that it had happened I couldn't celebrate. I couldn't be loud and proud and wear out the gear that hung in my closet. If we lived anywhere besides Colorado I'd be congratulated every time I ran into someone I knew.

But now I had to just hang my head and pretend it had never happened, or risk angering the people around me. I couldn't put a Seahawks sticker on my car and not risk vandalism. I couldn't hang my 12th man flag in front of my house without fearing retribution. I was not a Broncos hater. I was just a crazy Seahawks lover. It wasn't personal. But I knew they'd forever hate me anyway. It just didn't seem fair.

My work week starts on Wednesday. I put on my standard issue Rec Center shirt and headed in. My plan was to just keep my mouth shut and scrape whatever joy I could from the online celebrations I kept seeing on my Seattle related facebook feeds.

Then a surprising thing happened. The Broncos fans started showing up and asking why I didn't wear my gear. They high fived me and told me congratulations. Some of them pretended to be mad but would then break out in a grin and say, "Your team played awesome..."

I was a bit confused until one of the orange-est of them all said to me, "We're not mad at you. Your team played great. Our team didn't. You didn't rob us from a win. We didn't play well enough to take it from you."

I was blown away.  They didn't hate me. They recognized that the better team that day had taken home the rings. The fans of the Orange showed as much class and grace as their quarterback, Manning.

So on Friday I wore my green shirt to work. It has a big Seahawks logo across the front. All day long I got more high fives and a couple of 'we're with you's from a few other closeted Seahawks fans in our area. I kept waiting for the anger, the hostility and the rudeness, and it never came.

I underestimated the fans in Orange. They love their guys, they love their team. They fill that stadium with joy and energy every single time a home game is played. They had an amazing season, watching their 'new' quarterback show the world that a true champion can come back from a huge medical issue and be better than ever.

They get geared up for big games. They bring out the jerseys, bumper stickers, stocking caps and t-shirts. Their kids are all in, wearing the gear to school and volleyball practice at the Rec Center. They are a motivated bunch.

But they are also a classy bunch. They recognize good football and get frustrated when things don't go their way. And when the scoreboard is not their friend they do the right thing. They pound their fist on the arm rest of the couch and storm up to the kitchen for a consoling snack.

But, lucky for me, they know where to place their frustration. And they don't hold it against the girl in blue and green who sits at the front desk of the Rec Center and helps them sign their kid up for dance class.

I'm proud of my Bronco loving neighbors. I really am.

But I'm still not risking the bumper sticker on the back of my Suburban.

At least not until the Broncos win a Super Bowl of their own.